A Return to Rome and a Pope Named Francis

Almost two years after leaving Rome, my husband and I returned for a visit in November 2013. We rented an apartment on Via Gregorio VII, very close to the Vatican, beside a gelato shop (ideal location, right?) and a few blocks away from a wet market. We were staying for a full two weeks, my aim to allow my husband to soak up Rome's atmosphere at leisure, to appreciate it, something he could not do when we lived there. Yes, I took him around then too, but his vision of Rome was clouded by the pressures and worries of work.

We had no schedules, no "pressing need" to see this or that, we would do what we wanted, see what we wanted, when we wanted. So we would wake up a bit later than usual, have a nice breakfast, a cornetto or baguette with prosciutto and cups of espresso (of course). Then we would go to the market to buy what we would have for dinner that night. Lunch was always taken wherever we were at the time.


We made friends with the people in the market, the meat seller, the vegetable and fruit vendors. 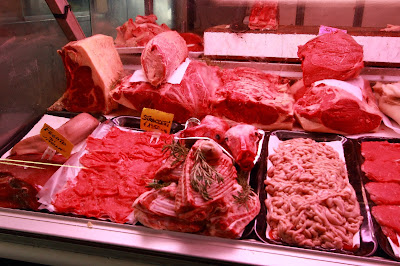 But most especially the fish monger, who always tempted us with the freshest catch of the day. 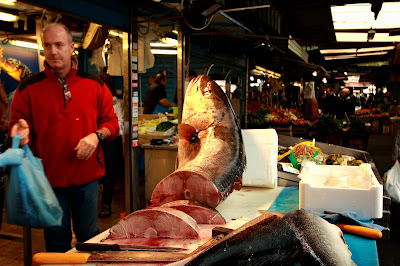 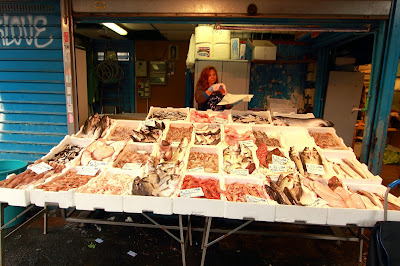 At the time of our visit, the Catholic Church was experiencing the beginnings of a reformation of sorts, a reformation initiated by the ascension, of the first Jesuit Pope, to St. Peter's throne. A Pope already becoming known for his simplicity, a pope who took his name from St. Francis of Assissi.

One of the first places we went back to was, of course, St. Peter's. We went there on a Wednesday to attend the public audience with Pope Francis. We were one of thousands present and the excitement around us was palpable! We decided to stay outside of the barrier, to witness the "spectacle" from afar.


There were giant screen strategically placed so everyone could witness the event. Anticipation and expectations were more than satisfied! Pope Francis is a consummate communicator. I could understand but a few words and phrases but his manner of speaking made him seem....understandable. I recalled listening to Pope Benedict, who was Pope, when we were living in Rome, and though we shouldn't compare, I remember at that time thinking that he sounded like a lecturer,...lecturing. 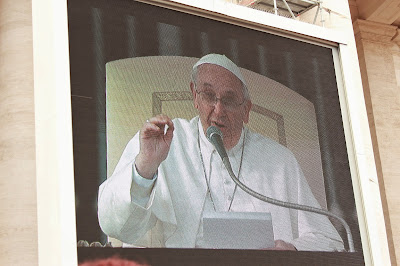 Pope Francis came across as warm, engaging and down to earth. He spoke about many things that I could not quite understand, but I did catch his mention of the typhoon Yolanda and his urging the people of the world to pray for the people of the Philippines. 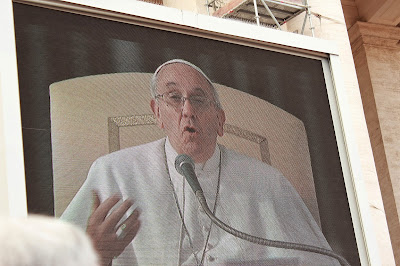 As we stood there just witnessing the moment, we are greeted by friends from Cote d'Voire, who were themselves in Rome and had decided to "see this new pope". They brought their son with them to share in this moment. 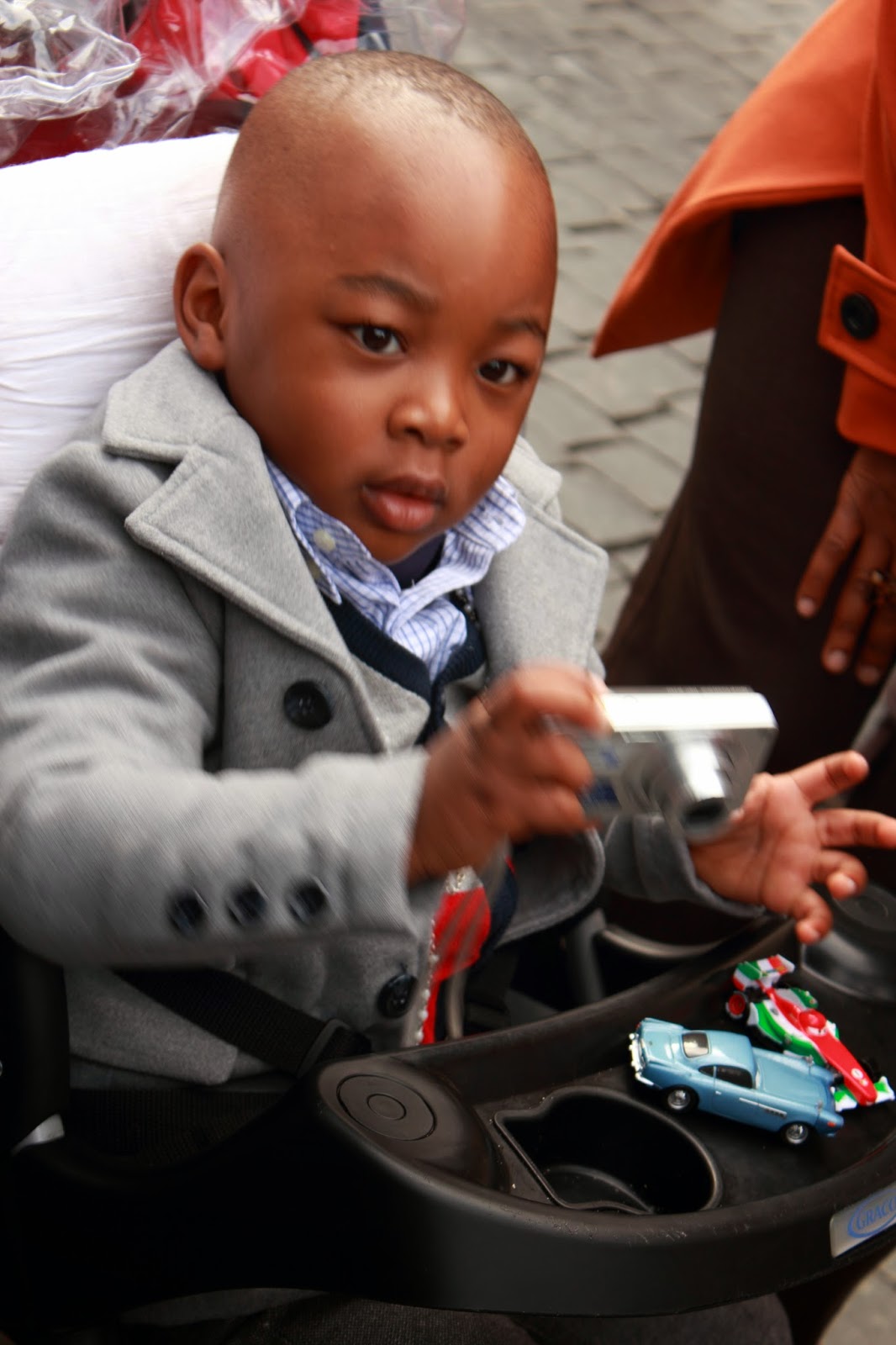 The following Sunday, we decided to attend the mass in St. Peter's Square. From our apartment window, we noticed that traffic started to build up from 6 in the morning! But keeping with our pledge "to take things easy", we took our time getting ready and started to walk toward St. Peter's at 8:30, enough time for us to catch the 9 AM mass. We made it for the mass but we had to settle for "seats" on the pillars of one of the buildings surrounding the square, very far away from where altar was.

The mass was in Italian, but the offertory prayers were offered in different languages, by people of different nationalities. Again there was a prayer for the Philippines, offered by a Filipina.

After the mass, Pope Francis did his traditional walk around. He rode in a roofed golf cart and was driven around the square, along the pathway in between the sections of seats. It was truly a joy watching him engage with the crowd, shaking hands, giving thumbs up, blessing babies! And much to our joy, they moved back the barriers where we were standing, and we found ourselves close enough to take this: 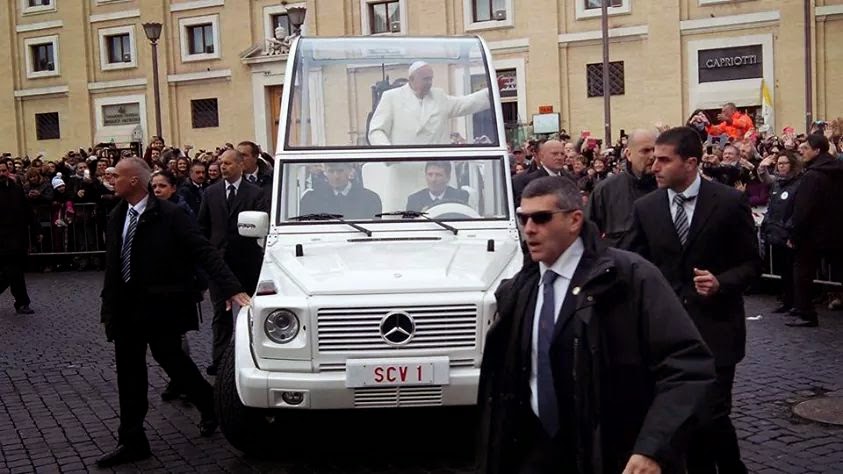 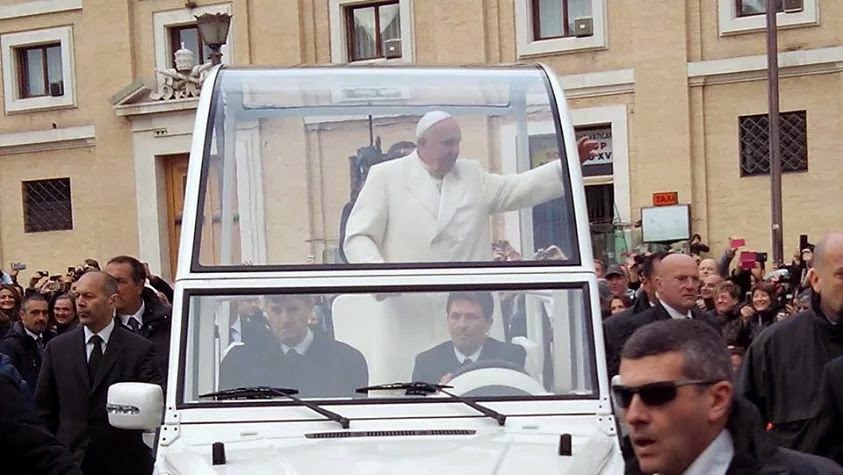 And after he passed us: 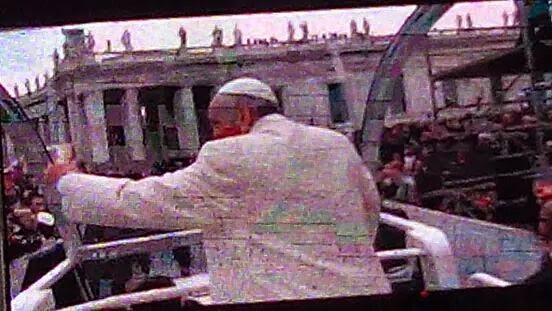 Posted by a dependent spouse at 12:36 AM

Email ThisBlogThis!Share to TwitterShare to FacebookShare to Pinterest
Labels: Pope Francis I, Via Gregorio VII