The Palatine, the Aventine and Circo Massimo

Rome was not built on 7 hills, (I’m not being facetious here), its foundations were built on the Palatine Hill and its boundaries later expanded to include all those 7 hills.  Legend attributes the founding of Rome to an augury contest between Romulus, who wanted to build Rome on the Palatine Hill and Remus, who favoured the Aventine Hill. Given a designated time frame, the twins spotted and counted the number of aves or auspicious bird that flew over the hills, with Romulus seeing one more bird fly over the Palatine. This decided the contest.
﻿

In my attempt to discover ancient Rome, I have found that walking is the best way to go, not only because one gets an understanding of the distances involved but also ensuring that one does not miss anything (Rome after all is an open air museum!) I have walked the Forum, where the Romans worked and carried on the business of government, the Capitoline hill where they worshipped among other things, and the Palatine and the Aventine hills, where they lived. In addition, I have also explored the site of the Subura where the "poorer" Romans and foreigners lived and worked.
﻿﻿
﻿﻿

The patricians, the senators and the emperors lived on the Palatine. While the rich plebeians, merchants and military men lived on the Aventine, with a lot of them aspiring to buy up and someday live on the Palatine.
﻿
﻿﻿
﻿﻿ In the valley between these two areas, I have also walked the Circo Massimo, an enormous open area, where entertainment in the form of chariot races, battle re-enactments, and animal hunts were staged. 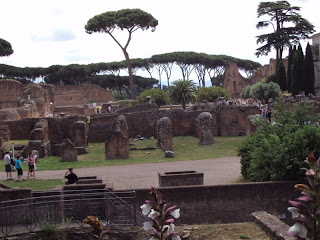 At present, the Palatine, the site of the imperial residences of ancient Rome lies mostly in ruins and yet the place is beautiful, a wonderful mix of historical ruins, tall, stately cypress trees looking like huge shady umbrellas, luxuriant flowering shrubs and rich patches of green grass, inviting one to sit back and take a break.
﻿﻿
﻿﻿
﻿﻿﻿﻿﻿﻿ 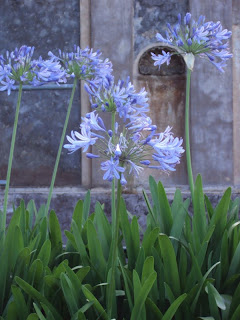 Time can be forgotten as one walks through the Palatine, seeing Augustus’ palace connected to Livia’s by a tunnel, Nero’s Cryptoportico, Romulus’ hut, the temple of the Cybeles and then tucked away in a corner, a clump of beautiful blue flowers. 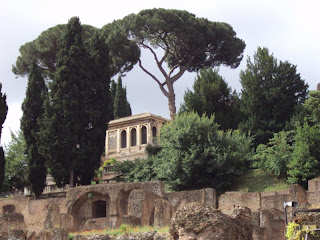 On the northern side of the Palatine lie the ruins of the Horti Farnesiana, a summer residence with magnificent gardens built by Cardinal Allesandro Farnese. These ruins are perched right over the Forum.
The Aventine on the other hand appears to have functioned as the entry point for foreigners and foreign cults. It may have been public land and as time went on, the plebes were granted property rights there. The Aventine eventually became the area where the plebeian aediles, tribunes and “plebeian nobility” lived. The hill today is one of the most elegant, more expensive residential areas in the city. 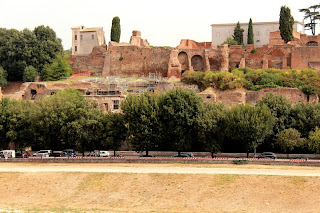 I started my walk up the Aventine from the metro station named after the Circo Massimo, crossing the street and walking up the Via Circo Massimo where one can see the whole length of the Circo crowned with the ruins of the Palatine, to my mind one of Rome’s most impressive sights! 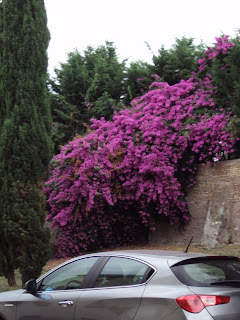 Walking up the hill, passing the rose garden on the Via de Valle Murcia, the noise of the traffic slowly recedes, as one passes through leafy streets and walled gardens. 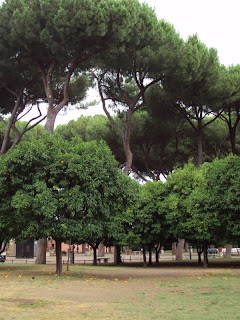 At the top of the hill is the Parco Savello, a peaceful, public park with tall trees providing a shady canopy and a grove of orange trees which gives the whole area a wonderful subtle, sweet fragrance. 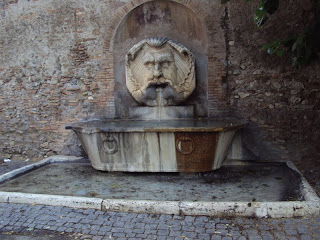 An imposing water fountain is at the entrance and the church of Santa Sabina, one of the more popular wedding venues, is at the left side of the park. 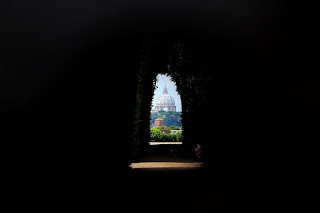 At the summit is the Priory of the Knights of Malta, a secretive chivalric order founded in 1050. The Priory grounds are reportedly very beautiful, but unfortunately are close to the public. What draws tourists to this place is the Priory’s keyhole, through which one sees the far away dome of St. Peter’s Basilica. Across the Priory, is the Church of San Anselmo, a Benedictine complex with a pleasant garden and a shop that sells products made by the monks like jams (the wild cherry jam is very good!), grappa, creams, and soaps among other things.

Before going back down, I decided to return to the Parco Savello, where I did as the other people were doing, just sitting around and relaxing, and enjoying the view! 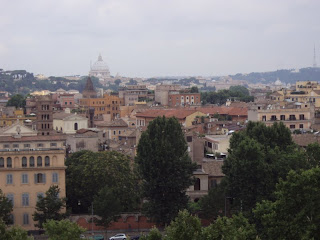 Posted by a dependent spouse at 7:18 AM