Round and About The Colloseo

Finding yourself in Rome for a year (as a "dependent spouse") is not something you question. The why's and wherefore's are unimportant. The here and now are all that matter. The determination to explore, discover and learn as much as one can of this "Eternal City" becomes one's focus. A daily dose of Rome becomes one's drug, one's fix!

Where to start? Ancient Rome, of course! Specifically the Colloseum, that ubiquitous symbol not only of the city of Rome but also of the entire ancient world. 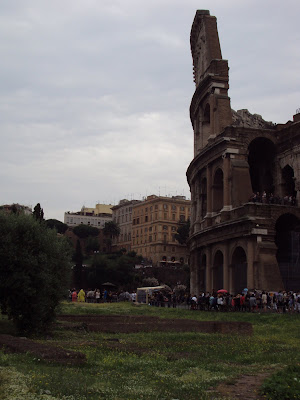 ﻿
It's not much more than a shell now, Popes, and Emperors through the centuries plundered the colloseum of it's readily available travertine blocks to build their palaces and churches, including the St. Peter's Basilica. Nevertheless it remains a reminder not only of the power and stature of the Roman Empire but also the abuses and the excesses that went with it.
﻿﻿﻿
﻿﻿
﻿﻿ This disregard for preservation was typical as many more of the ancient monuments were either stripped off marble blocks, columns, bronze doors etc to build﻿﻿﻿ monuments or palaces for those holders of power that came after. Many of the ancient structures were preserved only when they were converted into churches, a sign of the Catholic Church's power, and indelible influence.


The Colloseum itself was built in front of Nero's Domus Aurea, by Vespasian (who suceeded Nero) in an attempt to extinguish his memory. He drained the lake in front of the Domus Aurea for this purpose.
﻿
﻿ Because he wanted to rebuild Rome in his vision, Nero set fire to the houses on the Palatine Hill, which he envisioned as the ideal location for his Domus Aurea, his Golden House, whose facade was supposedly coated with gold. He reputedly played his fiddle as it burnt! Quite a character this Nero! Here's a statue of him in drag and performing in the theater.

The things that one sees while walking around the colloseum, 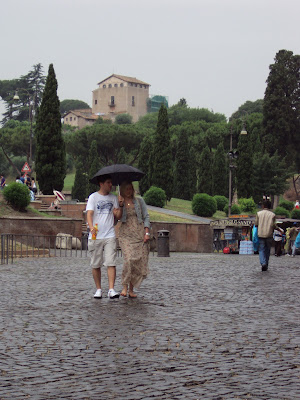 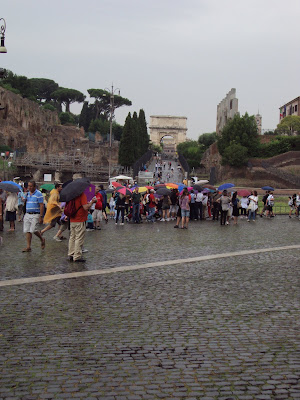 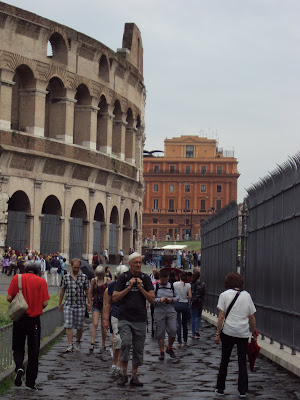 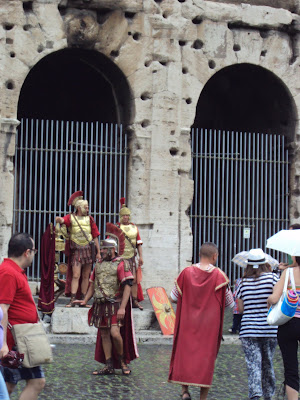 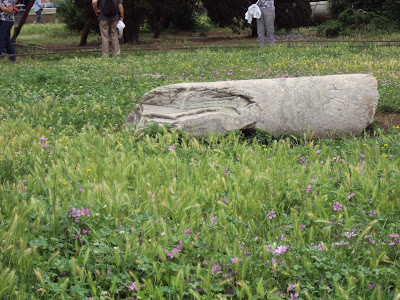 the field of spring flowers surrounding a fallen column 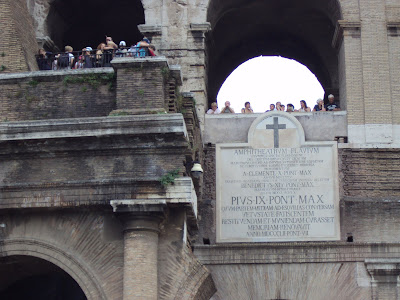 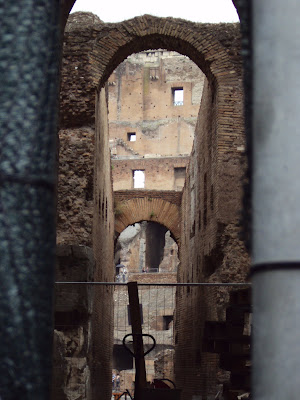 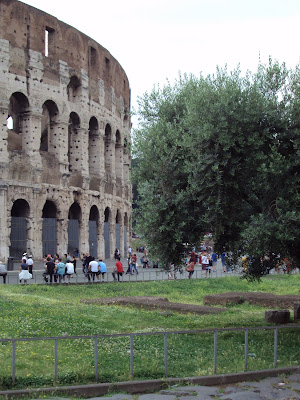 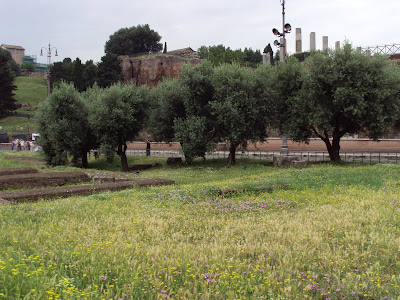 can be so absorbing and entertaining that one forgets about actually going in to the colloseum....well that's for another day.

Posted by a dependent spouse at 6:54 AM

Email ThisBlogThis!Share to TwitterShare to FacebookShare to Pinterest
Labels: Colloseo Metro Station, Domus Aurea, Nero, Palatine Hill, Round and about the Colloseo